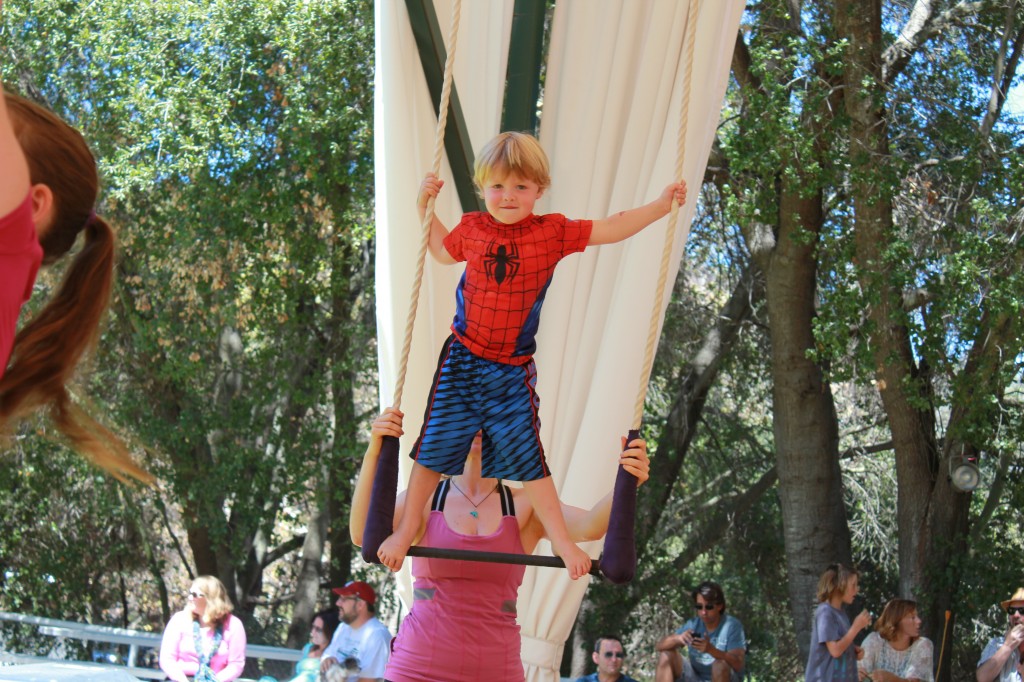 WHY CHILDREN FIDGET: And what we can do about it
by Angela Hanscom
June 05, 2014
​
A perfect stranger pours her heart out to me over the phone. She complains that her six-year-old son is unable to sit still in the classroom. The school wants to test him for ADHD (attention deficit and hyperactivity disorder). This sounds familiar, I think to myself. As a pediatric occupational therapist, I’ve noticed that this is a fairly common problem today.

The mother goes on to explain how her son comes home every day with a yellow smiley face. The rest of his class goes home with green smiley faces for good behavior. Every day this child is reminded that his behavior is unacceptable, simply because he can’t sit still for long periods of time.

The mother starts crying. “He is starting to say things like, ‘I hate myself’ and ‘I’m no good at anything.’” This young boy’s self-esteem is plummeting all because he needs to move more often.

Over the past decade, more and more children are being coded as having attention issues and possibly ADHD. A local elementary teacher tells me that at least eight of her twenty-two students have trouble paying attention on a good day. At the same time, children are expected to sit for longer periods of time. In fact, even kindergarteners are being asked to sit for thirty minutes during circle time at some schools.

The problem: children are constantly in an upright position these days. It is rare to find children rolling down hills, climbing trees, and spinning in circles just for fun. Merry-go-rounds and teeter-totters are a thing of the past. Recess times have shortened due to increasing educational demands, and children rarely play outdoors due to parental fears, liability issues, and the hectic schedules of modern-day society. Lets face it: Children are not nearly moving enough, and it is really starting to become a problem.

I recently observed a fifth grade classroom as a favor to a teacher. I quietly went in and took a seat towards the back of the classroom. The teacher was reading a book to the children and it was towards the end of the day. I’ve never seen anything like it. Kids were tilting back their chairs back at extreme angles, others were rocking their bodies back and forth, a few were chewing on the ends of their pencils, and one child was hitting a water bottle against her forehead in a rhythmic pattern.

This was not a special needs classroom, but a typical classroom at a popular art-integrated charter school. My first thought was that the children might have been fidgeting because it was the end of the day and they were simply tired. Even though this may have been part of the problem, there was certainly another underlying reason.

Ironically, many children are walking around with an underdeveloped vestibular (balance) system today–due to restricted movement. In order to develop a strong balance system, children need to move their body in all directions, for hours at a time. Just like with exercising, they need to do this more than just once-a-week in order to reap the benefits. Therefore, having soccer practice once or twice a week is likely not enough movement for the child to develop a strong sensory system.

Children are going to class with bodies that are less prepared to learn than ever before. With sensory systems not quite working right, they are asked to sit and pay attention. Children naturally start fidgeting in order to get the movement their body so desperately needs and is not getting enough of to “turn their brain on.” What happens when the children start fidgeting? We ask them to sit still and pay attention; therefore, their brain goes back to “sleep.”

Fidgeting is a real problem. It is a strong indicator that children are not getting enough movement throughout the day. We need to fix the underlying issue. Recess times need to be extended and kids should be playing outside as soon as they get home from school. Twenty minutes of movement a day is not enough! They need hours of play outdoors in order to establish a healthy sensory system and to support higher-level attention and learning in the classroom.

​"If life is a circus, we might as well train for it." ~ Kristy Beauvais, Flounder for FOCUSfish
​Copyright © 2020 FOCUSfish. All Rights Reserved.
FOCUSfish is a nonprofit 501c3 organization | EIN # 26-0530647 | View Guidestar Profile